a)  Tim mentioned that Cindy Carter would be leaving soon to return to Colorado and that the association would like to do something for her.  The initial idea was to do a reception 1 hour prior to the next general membership meeting, but unfortunately Cindy would be traveling on that date. It was suggested that maybe we should look at a time outside our normal meeting schedule and it was suggested that the Air Museum at Hendersonville Airport would be an excellent venue.  Tim will talk to the museum curator Don Buck and Nancy would talk to Cindy to settle on a date.

b)  The local post office delivery of the association’s mail has been unreliable.  Letters are being misdirected to other sites on the airfield and in some cases lost.  The association needs a Post Office Box.  The Educational Foundation also uses the association’s mailing address and they would like the change to a P.O. Box to occur after 1 April, which is the deadline for grant request application submissions.  Also several other documents that have the current mailing address (most notably the Association’s By-Laws) will have to be changed as well.  A motion was made to rent a 3×5 inch post office box at the Skyland Post Office (1950 Hendersonville Road, Skyland, NC 28776) for a yearly rental period starting after 1 April 2016.  The motion was seconded and approved.

c)  Tim announced that the AOPA Air Safety Institute is sponsoring a safety seminar that will be held at the AG Center Monday 14 March from 7:00-9:00 PM.

d)  The D&O insurance is bound.  We have a $1M policy with no deductions for $626.00 through Travelers Insurance Company.

e)  Tim commented that he has received some input regarding the review of the association’s By-Laws.  He will send out the link to the by-laws for board members to review and if there are any suggested changes or other comments he asked that they be sent to him via email.  There is no specific deadline or due date on this he just wants to keep the review process moving forward.

f)  The dinner for the April general meeting will be pizza.

g)  We have been giving our program speakers/presenters a $35.00 restaurant gift card as a token of our appreciation for their time and effort.  Some presenters travel a significant distance to give their presentations.  For example Glenn Gonzalez of Honda Jet travelled from Greensboro, NC.  Tim asked the board’s approval to allow Susan VanFleet the discretionary authority to provide a program presenter a restaurant gift card for up to $50.00.  Not every presenter will receive a gift card, but those that have a significant distance to travel can receive up to a$50.00 restaurant gift card.  A motion did not need to be made as the dollar amount of the gift cards falls under the President’s discretionary expenditure authority. 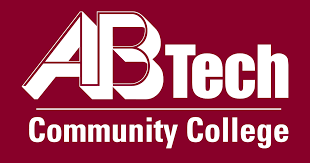